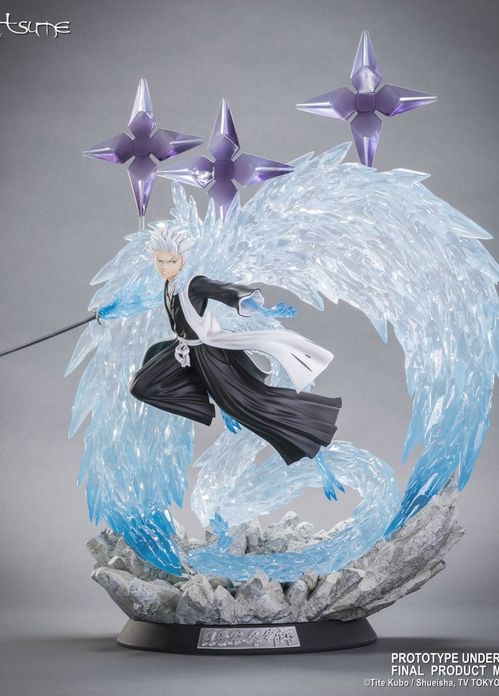 Tōshirō Hitsugaya, the captain of Gotei 13's 10th division, is the 6th HQS by TSUME of Bleach !

Though he has the body of a child, Hitsugaya is a gifted prodigy and the youngest captain to have had a bankai. His acute intuition and keen sens of observation made him one of the first to suspect the conspiracy of the 3rd division's Captain, Gin Ichimaru.

Hyōrinmaru, His Zanpakutō, is also the most powerful of the ice type in the Soul Society. We have therefore decided to show him with his Bankai Daiguren Hyōrinmaru in a dynamic and aerial pose.

We paid a lot of attention to the sculpting of the wings to ensure the transparent resin would look like ice, while keeping a featherlike feature. They were painted with a gradient of blue, going from opaque at the base to transparent at the top.

Hitsugaya seems to float, carried by the dragon wings, ready to strike with its Zanpakutō.