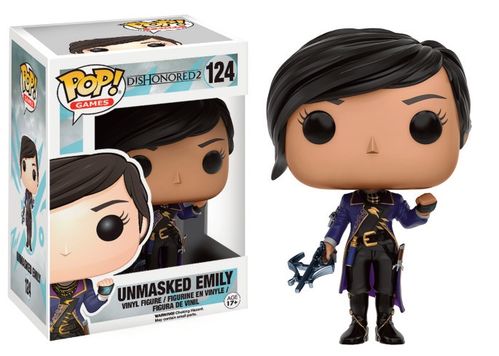 Peso: 250 gramos
Limited edition of Emily fully unmasked. This item will only be made once. The just released Dishonored 2, is a sequel to the first game released in 2012. Corvo returns, and his daughter Emily has now grown up into an assassin herself (you can play as either Emily or Corvo). The Outsider, who was also prominent in the first game, is here again too. The Emily Unmasked POP! vinyl figure stands around 9 cm tall. Packed in an illustrated window box.