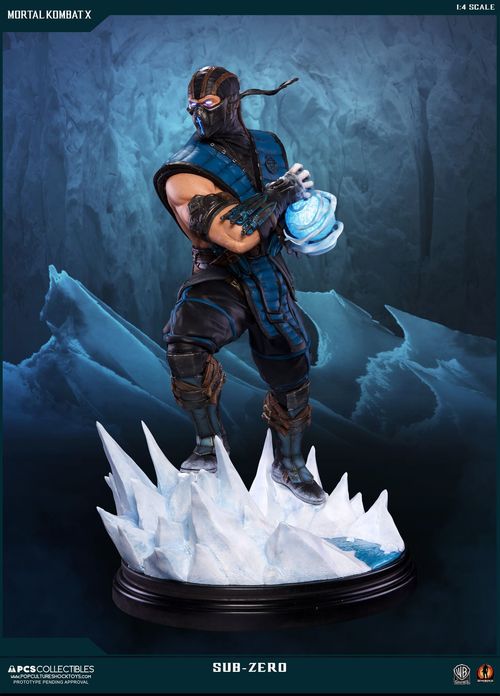 There has never been a Mortal Kombat game without a Sub-Zero. He is as integral to the franchise as Fatalities. And while he has taken many forms throughout various sequels, Mortal Kombat X saw Sub-Zero's humanity restored, reflected by the most utilitarian costume he's ever worn, an immediate fan favorite. With MKX, they decided to ground him by focusing more on the man inside: a virtuous, compassionate character fighting his way through a violent hell dimension. In the wrong hands, depowering him like that could have been a weakness, but instead, as a mere mortal amongst monsters and killers he's stronger than ever. By the end of the game he is a true hero, the enigmatic warrior that shows up when his friends call upon him, a classic badass in the John Ford mold. What a superlative reinvention.'' PCS Collectibles is proud to present their very first 1:4 scale Mortal Kombat X Sub-Zero statue, their greatest iteration to date. Sculpted in high-quality polystone from the actual game model, this is a Sub-Zero so authentic you'll think his tabard is stuffed with goose feathers and be afraid to touch his frosty base without padded gloves. The light-up LED eyes and ice ball take a perfect likeness to even greater heights, a piece any fan would display with pride.