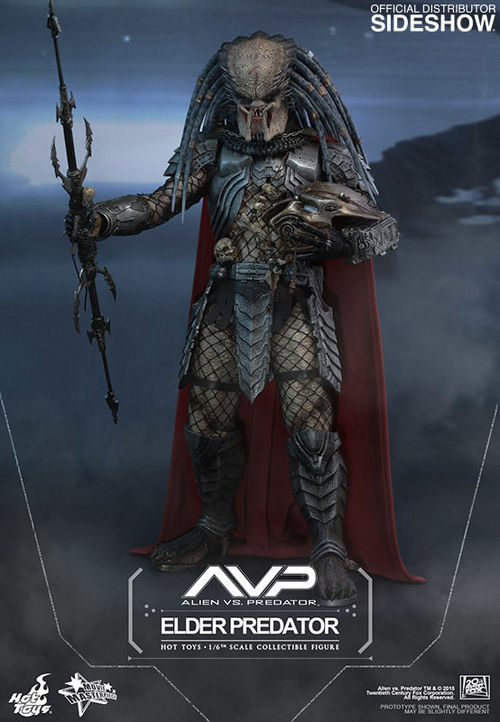 In Alien vs. Predator, the crossover movie between the dangerous aliens and predators, the human protagonist Alexa “Lex” Woods has impressed the predators when she managed to defeat an alien and assist in killing the Alien Queen with Scar. In the end, Elder Predator revealed his presence and presented Lex with a Combi-Stick as a sign of respect and recognition of her skills as a warrior!Sideshow Collectibles and Hot Toys are delighted to revisit this Yautja leader and present the new highly detailed Elder Predator sixth scale figure from AVP! The movie-accurate Elder Predator collectible figure is specially crafted based on his image in the film, featuring a newly developed head sculpt with detailed likeness, blue colored deadlocks with distinctive pattern and tribal accessories, the character’s iconic red cape, weapons, and accessories.Predator fans shouldn’t pass up on the opportunity to add this collectible figure to your collection.