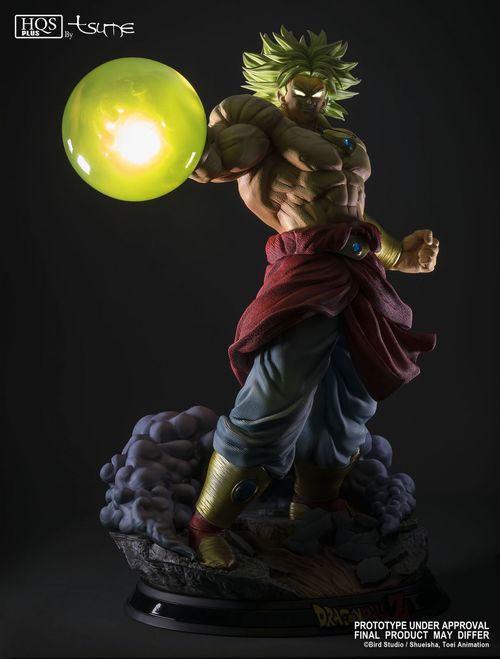 The Legendary Super Saiyan arrives in a collector edition at TSUME !

In this "King of Destruction" edition, an alternate bust shows him preparing to fire one of his destructive Kikoha. Combine it with the lower body of Broly to power the LED and light up the Kikoha and his eyes, unleashing the full power of the Legendary Super Saiyan!

We wanted to pay tribute to his power by adapting the scene where he dominates his fight against Goku and holds the powerless heroe by the head.

The 1/4 th scale highlights the impressive stature of the Saiyan and allows for finer details and textures of the bodies and diorama elements.

Some materials are still to be confirmed (see picture). Factory tests will allow us to determine which materials are best for those elements. A confirmation of the materials used will be put online at the beginning of 2018.