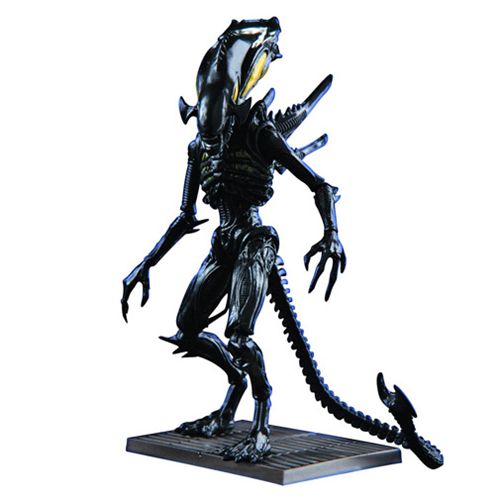 From Hiya Toys. The Spitter, also known as the Ranger, is a Xenomorph caste that was encountered by Colonial Marines from the U.S.S. Sephora on Acheron (LV-426). As its name implies, it attacks by spitting large quantities of acid at enemies, typically from some distance away. Spitters also possess large axe-like tails that are rarely used since Spitters like to keep their distance. Standing approximately 4" tall, the Alien Spitter comes with an egg, a face-hugger and three sets of hands.