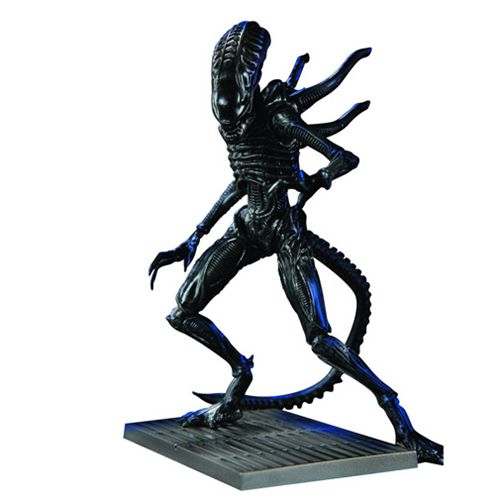 From Hiya Toys. Though the exact details of their inception are unclear, the Aliens apparently gain the upper hand quickly, corralling the ill-fated human residents of colony LV-426. By the time the Space Marines arrive, a scan is performed and the surviving colonists are revealed to be gathered in a central location; however, it is later discovered that the colonists are in fact cocooned within a network of dense Alien resin and are impregnated with chestbursters. The mature Xenomorphs quickly overwhelm the marines, forcing the remnants to withdraw -- but the mature Xenomorphs follow in their wake. The Soldier Alien stands 4" tall and comes with a display stand, three sets of hands and a face-hugger.