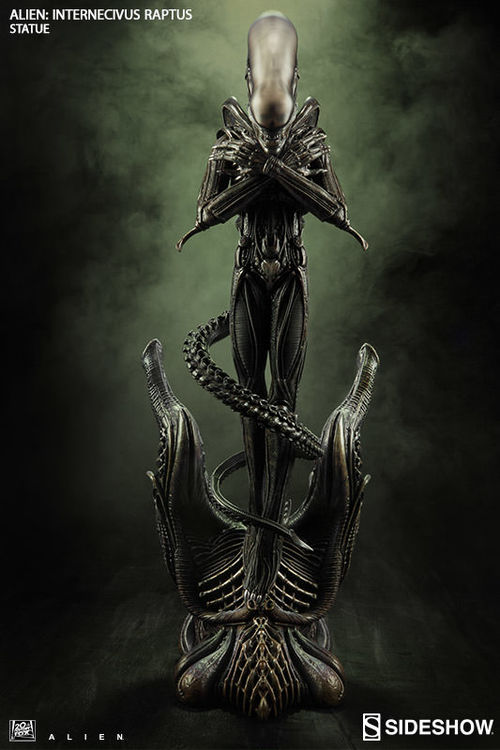 “You still don't know what you're dealing with do you?” Capturing one of the most iconic movie creatures ever committed to the big screen, Sideshow is proud to introduce the Alien Internecivus Raptus Statue. Translated from Latin as ‘murderous thief,’ Internecivus Raptus is one of the few official names recorded for the xenomorph species moviegoers have come to recognize most famously as ‘Aliens.’ Faithfully rendered with H.R. Giger’s visionary bio-industrial aesthetic, the specimen is suspended in an elegant pose – its structural perfection matched only by its hostility. Solemnly ascending from a surreal monochromatic chamber, with limbs crossed and barbed tail coiled in an exquisite spiral around its lithe body, the Alien Internecivus Raptus statue is a definitive tribute for fans of the science fiction film legacy. It’s time for another bug hunt.